Rambutan (Nephelium lappaceum) is a fruit native to Southeast Asia. Rambutan got its name from the Indonesia word for hair because the golf-ball-sized fruit has a hairy red and green shell. Its unmistakable appearance is often compared to that of a sea urchin. The fruit is related to the lychee and longan fruits and has a similar appearance when peeled. Its translucent white flesh has a sweet yet creamy taste and contains a seed in its middle. Rambutan is very nutritious and may offer health benefits ranging from weight loss and better digestion to increased resistance to infections.

The following nutrition information is provided by the USDA for 1 cup (150g) of canned rambutan, packed in syrup, and drained.

Rambutan is rich in fiber, vitamin C, and copper and contains smaller amounts of other nutrients. Its peel and seed are also full of nutrients but are generally considered inedible. Rambutan is a good source of soluble and insoluble fiber, which can prevent constipation and improve symptoms of certain gut disorders. Rambutan is low in calories, yet rich in water and fiber. This combination may prevent overeating and keep you feeling fuller for longer – both of which can lead to weight loss over time. Various compounds found in the rambutan flesh and peel may strengthen your immune system and help fight infection.

You ought to remove the skin before eating it. To do so, slice the middle of the outer skin with a knife, then squeeze from the opposite sides from the cut. The white fruit should pop free. The sweet, translucent flesh contains a large seed in the middle, which is generally considered inedible. The seed can either be removed with a knife or spat out after eating the flesh. The flesh can add a sweet flavor to a variety of recipes, ranging from salads and curries to puddings and ice creams. The flesh of the rambutan fruit is safe to eat. However, its peel and seeds may be toxic when eaten raw or in very large amounts.

The pericarp or fruit walls are used medicinally in Java as they are high in tannin and saponin. In Malaysia, the roots were used to treat fever and the leaves for poulticing. The bark was applied as an astringent for tongue diseases. 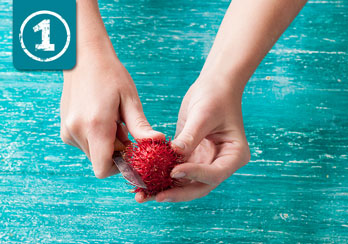 Cut through the skin of the rambutan right round the fruit. 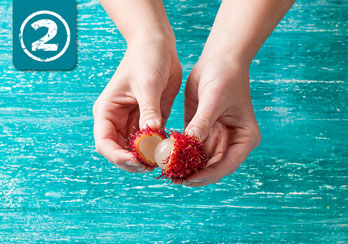 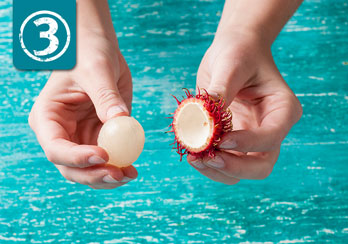 Remove the flesh inside.

REACH OUT TO US FOR A QUOTE 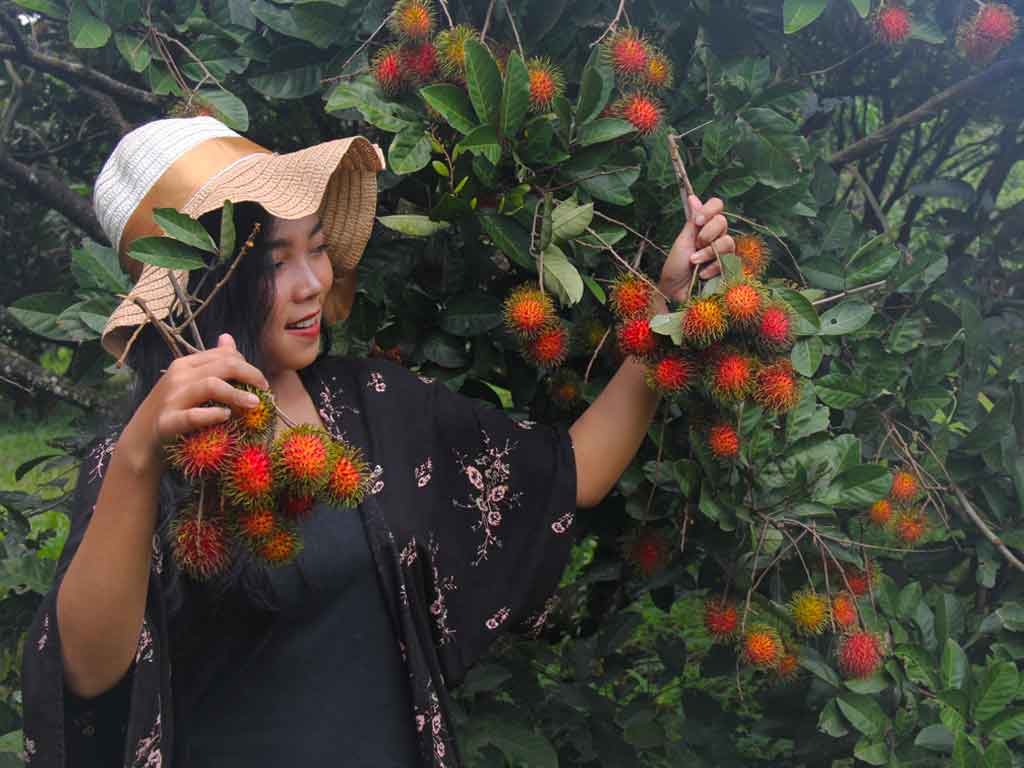 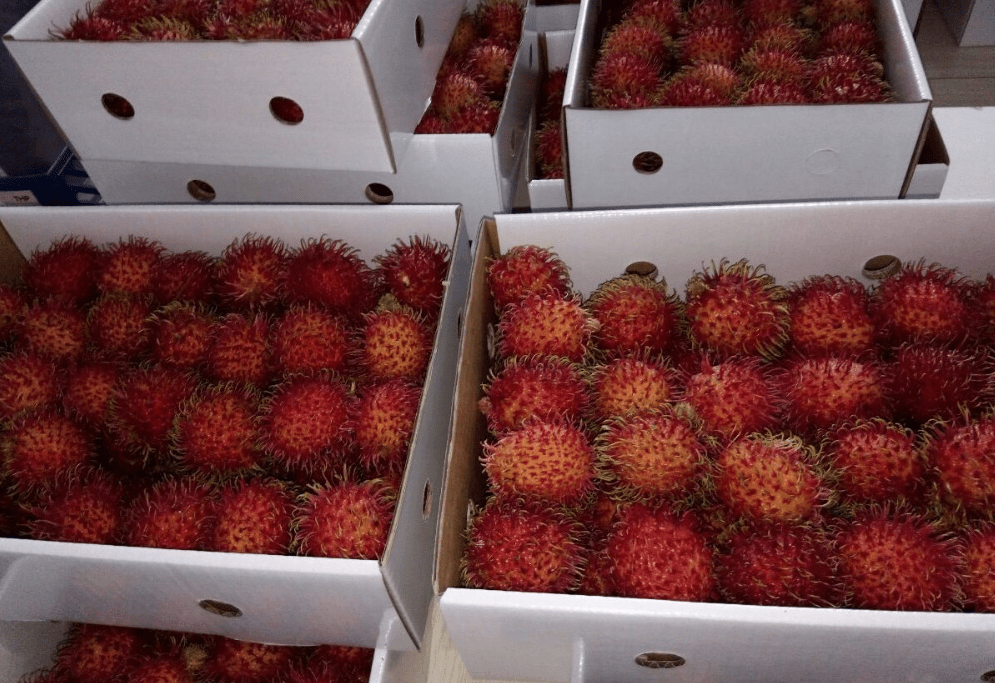 REACH OUT TO US FOR A QUOTE

Our commitment to the quality leads us to take care of every step throughout the production and marketing process.

Collection of principles to apply for on-farm production and post-production processes, resulting in safe and healthy food and non-food agriculture products, while taking into account economic, social and environmental sustainability.

Grown and produced without chemicals.

Some of Our Clients

Our main source to improve our work is the recommendations, suggestions, and proposals that our own clients and followers make us. We like to hear your opinions and we want this to continue to keep growing.

SEE OUR CLIENTS
SEE OUR BUSINESS 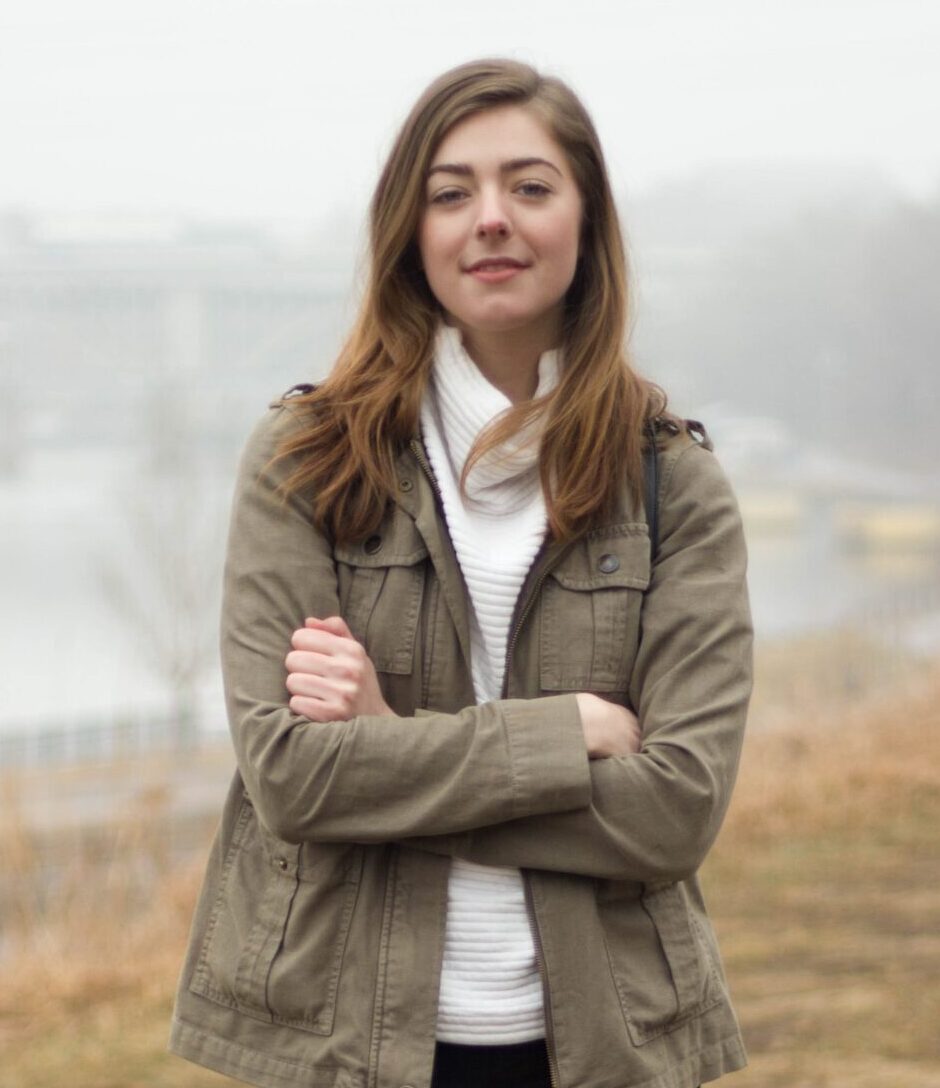 PT. Global Fajar Indonesia is an excellent company with outstanding customer service! I am very pleased with everything about this company. Honor and integrity runs deep in this company. 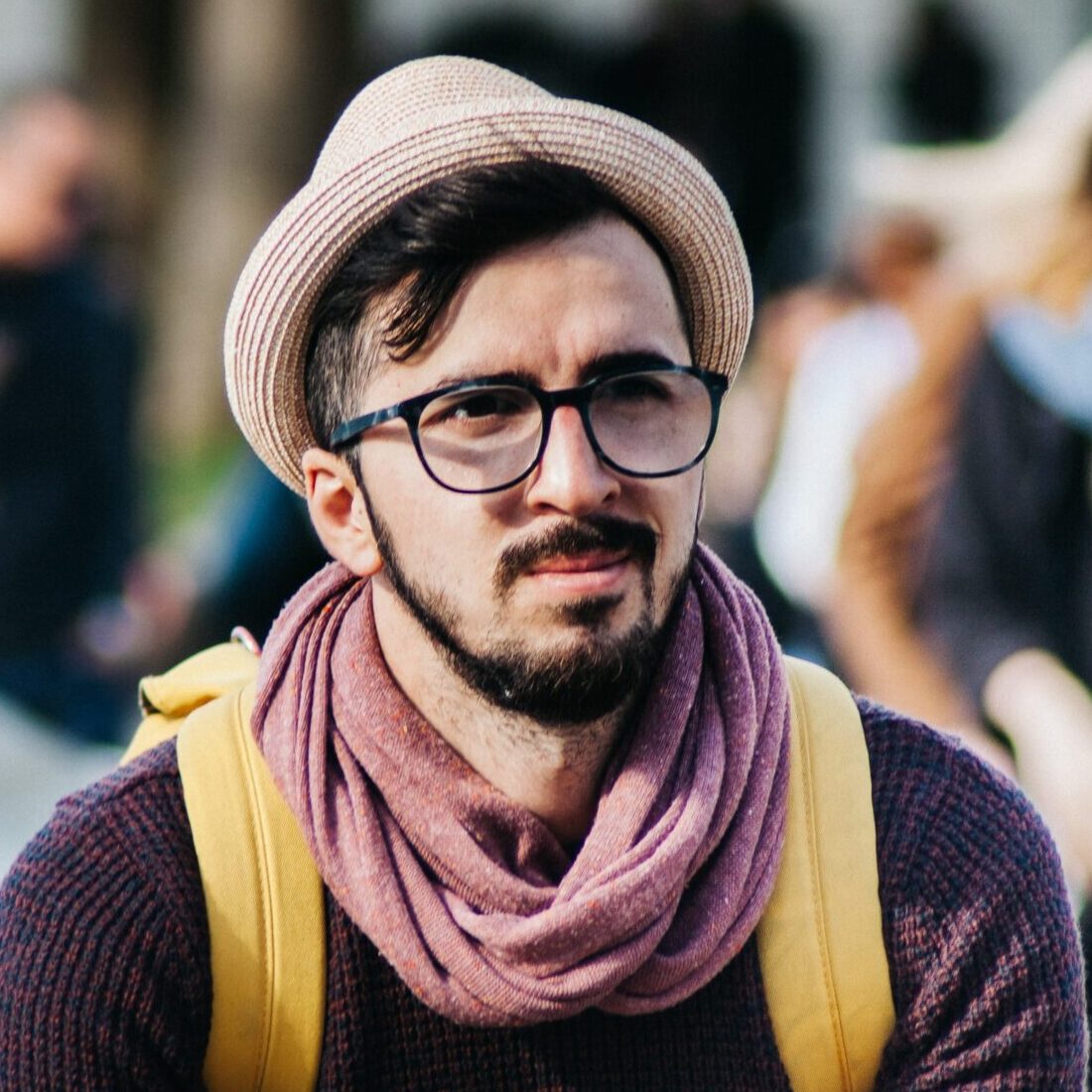 This is an amazing company. They ship fast, the fruits are high quality, they give detailed instructions and educate on the fruit and most importantly, their customer service is prompt and courteous. You have a life long customer.

Keep up to date with PT. Global Fajar Indonesia by signing up for our email newsletter. You will be the first to know about the latest arrivals, news, and promotions.

Fill out the form with details of your business needs, and we’ll email your quote within 24 hours.

Support Ilham S. Koto
× How can I help you?
Go to Top